...and it works! Non stop production in a highly flexible environment

Premium switch-mode power supplies like the ones from Camtec Power Supplies...

Premium switch-mode power supplies like the ones from Camtec Power Supplies are often produced only in small lot sizes. For a nevertheless high automation degree, the medium-sized company counts on SMT assembly systems from the Swiss manufacturer Essemtec. A customer report of Camtec Power Supplies and its CEO, Mr. Oliver Walter.

For countless applications, the switch-mode power supply is a low-priced product without any particular requirements. But the switch-mode power supplies from Camtec Power Supplies GmbH are different. They are very often in use at neuralgic spots within critical infrastructure projects. Equal high are the customer demands made on quality and reliability of the products. Typical applications for these top-quality power supplies are found in traffic engineering, at energy providers, in aerospace as well as in machine construction. The medium-sized enterprise founded in 1995 produces exclusively on its site in Germany. The company goes very strongly for their product innovations. That’s why Camtec Power Supplies puts 40 % of their operative outcome in research and development.

High automation degree wanted
The actual 18 employees of the company produce around 50.000 power supplies each year. Over the past, the turnover increased 20 % to 30 % each year. “One of the biggest production challenge is the small lot size”, Oliver Walter tells, CEO of Camtec Power Supplies GmbH. The devices for the customers are produced always project-oriented. The lot size is, in exceptional cases, 500 to 1.000 pieces maximal. “Often we produce also in lot size 1”, Walter says. To produce in such small lot sizes and be still profitable also with the site in Germany demands a high degree of automation. The device design of the switch-mode power supplies is built modular so that even with a variable assembly of the same board, power supplies in different variations arise. This represents a huge challenge for the SMT assembly of the boards. The changeover effort with such small lot sizes would be extremely high with many conventional assemblers. That’s the reason why the company looked for a new solution in the SMT assembly in past years. “All in all we checked out the systems of ten different manufacturers”, Walter remembers.

Finally, Camtec Power Supplies decided to buy the SMT assembly system Paraquda. There are now four multifunctional centres in use, put in an inline configuration to assure the assembly of the boards directly one after the other. The transport between one Paraquda to the other works without any separate handover system. Camtec uses the machines inline. Thereby there are 480 feeder lanes in four machines available. “We can work with a fix setup thanks to this high feeder capacity in the inline mode”, Walter explains. “All components needed for the assembly of the different variations are available at least on one feeder”. Before, so called set-up vehicles were used. They had to be set up preliminarily and were rearranged, in the case of a product change, at the SMT machine. The downtime was in fact short but the preliminary set-up was very people-intensive. “With the new SMT assembly we are here substantially more efficient”, Walter emphasises. “Using the machine is very comfortable, due to the smart production software and the attached touch screen monitor”, Walter adds.

Assembling efficiency
Besides the possibility of a fix set-up, the new assembly systems have further advantages. “The space is limited on our production site”, Walter says. “That’s why we are dependent on as compact machines as possible.” Paraquda optimally utilises the space. With a footprint of just 130 cm x 145 cm and the possibility to put all four machines inline, the whole SMT assembly takes place on a few square meters in the production hall. Also the power consumption of the new system has enormous advantages compared to the old solution. “The four Paraquda systems have a compressed air consumption of about 200 l/min”, Walter knows. “With the old assemblers, the consumption was more than five times higher.” Also the consumption of electrical power is less. Because compressed air is a quite expensive energy source, the company saves money in a four-digit amount alone with the operating costs each month. In addition, the set-up costs are approximately 70.000 Euro lower per year compared to the old solution. “If you add up all these effects, the investment pays off really fast,” Walter is convinced. The setup and programming of the system is very easy. The production manager of Camtec Power Supplies became completely acquainted within three weeks. “Compared to other assembly systems this is a very short period of vocational adjustment”, Walter knows from his long-term experience. After the training, the production manager could take over the complete programming of the assembly systems. A further support by the service team from Essemtec was no longer necessary.

An elaborated machine design
“The Paraquada is an elaborated system in many respects”, Walter says. Before he became CEO of Camtec, he worked in the electronic assembly as a production manager himself and, over ten years, could gain a lot of experiences with different systems. “Many machines have constructions that are not really optimal – especially concerning the feeders.” The cassette system of Essemntec, however, utilises space very well. Walter is also very satisfied regarding the performance of the Paraquda system. The speed and the throughput suffice absolutely for the actual production and the cycle time matches the following reflow soldering oven very well. Particularly interesting for Camtec Power Supplies is the fact that the Paraquda system can be upgraded with additional axes in case a higher assembly performance is necessary.

All in all, Walter appears very pleased with his choice of the new SMT assemblers: “Both the price-performance ratio and the service on-site are very good”. That Essemtec is a medium-sized company like Camtec Power Supplies has, to his opinion, substantial advantages. “Essemtec realised exactly the right solution for our requirements – such a highly flexible commitment to the customer’s needs is rather not found at bigger manufacturers. 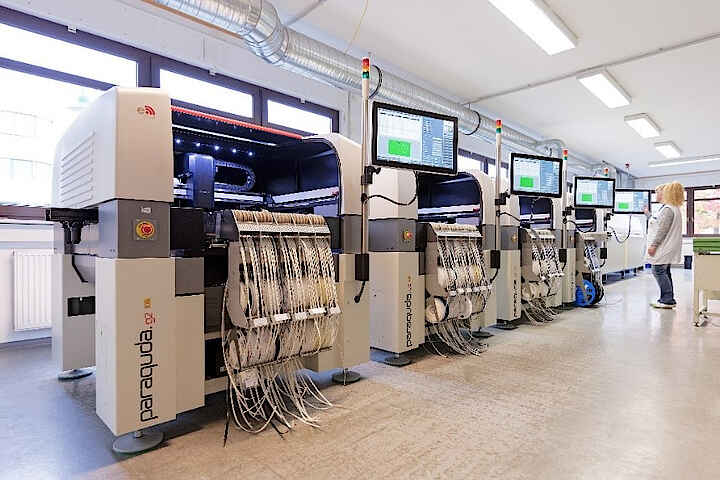 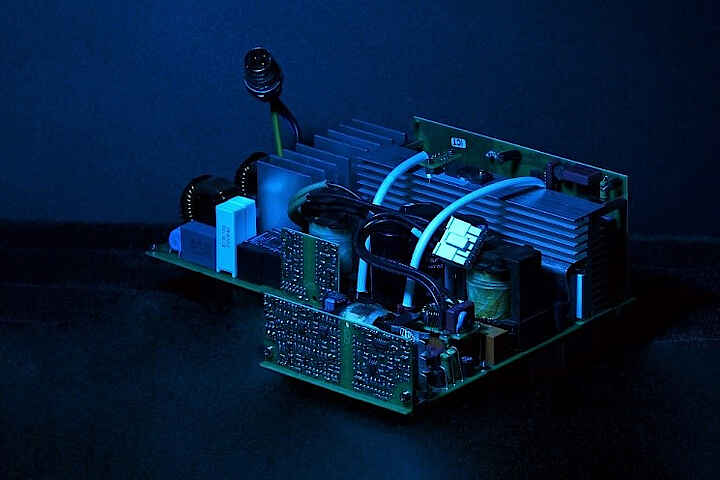 Particularly today, the most advanced automotive lighting systems require not only high volume, but also very accurate and high process...