PAV GMBH AND ESSEMTEC - RESEARCH AND DEVELOPMENT OF SAFETY TECHNOLOGY

Until 2018, 100% of SMD production was outsourced to EMS companies. Three years ago they started a project to bring their entire SMT production... 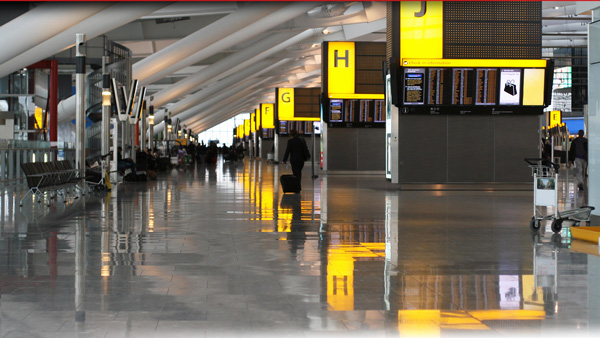 PAV GMBH Otterfing specialises in the research and development of systems of fire protection systems, as well as alarms and evacuation in the security technology field. This SME Company is one of the market leaders in some of these areas too.

Until 2018, 100% of SMD production was outsourced to EMS companies. Three years ago they started a project to bring their entire SMT production, warehousing and logistics in-house with an in-line system. We interviewed Technical Manager Richard Seitz, who was also the Project Manager for "New SMT production line", about the reasons behind this decision and their experiences.

Mr. Seitz, PAV GbmH is known in the market as a developer and supplier of high-quality systems in safety technology. Production is not really a core business for you, so what motivated you to make this high value investment and  set up a complete SMT line?

There are many suppliers of SMT systems on the market. What made you decide for an Essemtec line?

The machines, combined with the entire production and logistics system, convinced us through comparison in the market.

Our managing director, Mr. Hackl, had an impressive experience with the functionality of the Essemtec machines at a trade fair; he put a full cup of coffee on the machine, fully expecting the vibrations to cause one or two drops of coffee to spill - far from it! The sophisticated technology of the Essemtec Epomec machine frames and the innovative linear motors absorbed the vibrations so greatly that the coffee remained perfectly still in the cup. This extremely surprising experience made a lasting impression on Mr. Hackl, and convinced him of the technology used.

The line has now been in operation for several months. What were the biggest problems for a newcomer bringing an entire SMD production in-house?

What would say to a company who are also playing with the idea of bringing SMT production in-house?

From your point of view and your experience, is it really worthwhile for you, as a development company, to produce your own goods?

What was your experience with the supplier, Essemtec, like during the evaluation phase as well as during the construction and commissioning of the line considering PAV had no experience in electronics manufacturing?

You can find more information at http://www.pavgmbh.de/

IPC APEX EXPO is the largest event for electronics manufacturing in North America attracting more than 9,000 professionals from 45 countries...

Donation instead of gifts - also this year we from Essemtec will support the WWF with our contribution...

Our new all-in-one dispensing and pick-and-place solutions were successfully presented at the world's leading trade fair for electronics production in...

Essemtec at Productronica 2019: The "All-in-One" concept innovation and much more

Below you will find a brief overview of the highlights at the Essemtec stand in Hall A3 218 and how you can generate added value for yourself and your...

Industry 4.0 is on everyone's lips today. Examples of customer machine networks with horizontal and vertical integration...

In the future the dispensing of solder pastes and additional dispensing options will ensure further process optimization...

Visit our booth at the world's leading trade fair for development and production of electronics, 12th - 15th November 2109, Messe München

PAV GMBH AND ESSEMTEC - RESEARCH AND DEVELOPMENT OF SAFETY TECHNOLOGY

Until 2018, 100% of SMD production was outsourced to EMS companies. Three years ago they started a project to bring their entire SMT production...

ELC Lighting invests in State of the Art Electronics Production

BRAUN GmbH and Essemtec: Zero setup time or the "The rabbit and the tortoise strategy”

The work processes have been optimised for even higher placement quality, error-free operation and faster set-up than before...

ESSEMTEC AND HOSPICALL: REPLACEMENT OF THE OLD FLX WITH THE LATEST FOX PLACEMENT TECHNOLOGY

Growth and increased quality requirements led them to consider investing in a new placement machine...